ALAN KING actor, filmmaker, visual artist.
CATNAP
comedy | 10min | 2018
Socially challenged Danny, embarks on an unusual transgression in a desperate attempt to
​get his chaotic life under control.
director's  statement | alan king
To me Catnap in many ways, plays out like a morphed version of a Warner Bros cartoon.
Danny's childlike views of the world, approaches to problem solving and stress management
techniques, are to me, reminiscent of the larger than life characters such as Wile E Coyote,
Roadrunner, Sammity Sam and Bugs Bunny, who entertained me every afternoon as a child.
To say this artistic decision was my intention from the beginning of this project would be a lie.
But as the film progressed, these parallels became impossible for me to ignore and I felt I had
​ no choice but to embrace them 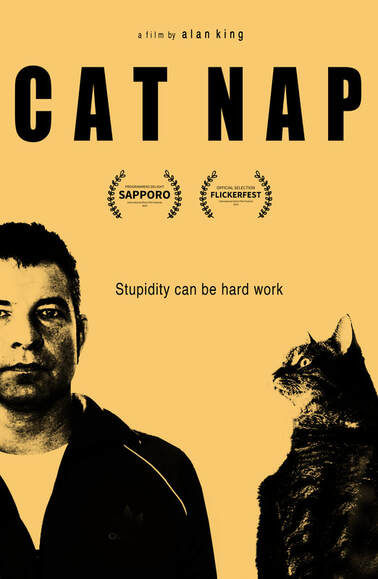