ALAN KING actor, filmmaker, visual artist.
THE BEAST
​dark comedy | experimental | 107min | 2023
Following the breakdown of his marriage, troubled writer Vincent escapes
to a secluded retreat in the mountains, determined to finally complete his
first novel. However, the peaceful solitude is short lived as a mysterious
and powerful force unexpectedly descends, hurtling Vincent headfirst into
a wild and turbulent odyssey.

technical  specs
​Language - English
Running Time - 107min
Shooting Format -HD Digital
Colour
Sound - Stereo
25fps
Aspect Ratio - Scope 2.39:1
director's statement | alan king
As with quite a few of my short films, It was my intention for 'The Beast' to be framed beyond a literal sense. Therefore,
many of the events and themes within 'The Beast's' narrative serve as figurative representations of my own personal journey
with chronic illness, trauma, parenthood, the creative lifestyle and fifty three years of existence on this mortal coil.
I was influenced by this style of filmmaking early, as I have always gravitated towards the works of those filmmakers who
challenge their audiences to take a step away from the literal: David Lynch, Jean Luc Godard, Derek Jarman, Lars Von Trier,
Chris Marker and Stanley Kubrick to name but a few.

I love cinema that is capable of resonating and creating differing thoughts, discussion and debate long after it has been
screened, with the audience infusing their own individual interpretations, thoughts and feelings into the work.
This said, I couldn't help planting a hint at the very end of the film as to what everything that came beforehand may have
eluded to. A little something to kick start the theories and conversations post viewing film hopefully.

The debate with 'The Beast' started early, much to my delight, when during the shoot, numerous cast and crew presented
to me their theories on the narrative. Some of my favourites included, "none of these characters exist but are multiple
personalities of one man", "this man is dead and is in hell" and "this is all just a dream". It is my hope that the film finds an
audience and that these discussions continue.

'The Beast' was my first feature film and we shot the project over seven gruelling days in regional and metropolitan Victoria.
We didn't set out to break land-speed records with the shoot time but, due to a myriad of factors, that was the way it had to be.

Many people told us before-hand it would be impossible and without the meticulous and dedicated hard work of our team in
both pre-production and production, well they would have been right!

Our approach for much of the film, was heavily influenced by the Dogme 95 style; quick set-ups, using the natural light, hand
held camera and utilising the environment we were shooting in rather than setting up specific art department for each location.

Shooting within this timeframe was a bit like flying to the moon: the sort of thing you would only do once. It did however
generate a unique electricity and energy. On reflection you could perhaps call it madness.
​
But maybe sometimes you have to a go a little mad for your art. 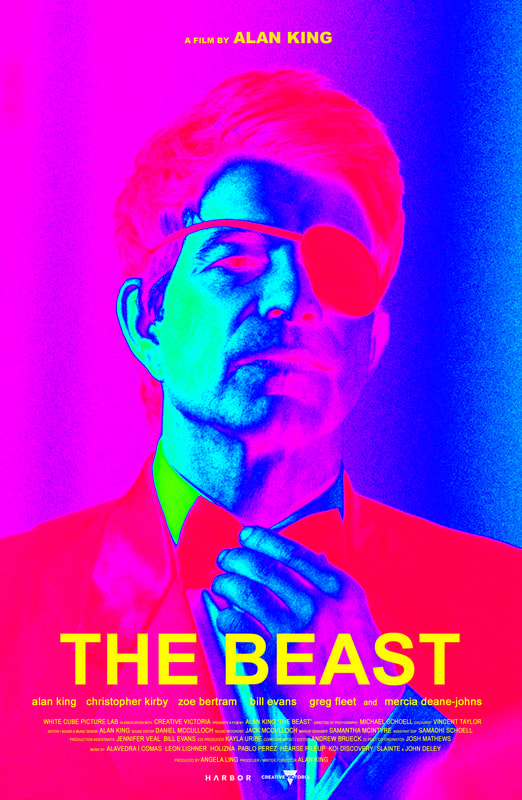