ALAN KING actor, filmmaker, visual artist.
NO HARM IN DREAMING
​ suspense |drama | 12min | 2021
A married couple's tranquil life is engulfed by a dark event.
director's statement | alan king
'No Harm In Dreaming', is the second film, in a planned trilogy of stand-alone shorts (following 'Wild Will', 2019) investigating the internal human wrestle between chaos and control. For me, dreams represent pure 'chaos' (a succession of images, ideas, emotions, and sensations that occur involuntarily in the mind) and one's conscious reality is on the main the opposite. With this film I wanted to challenge this ideal. The film examines themes such as; identity, repression, stereotypes, social pressures, relationships, conformity, dreams and death. 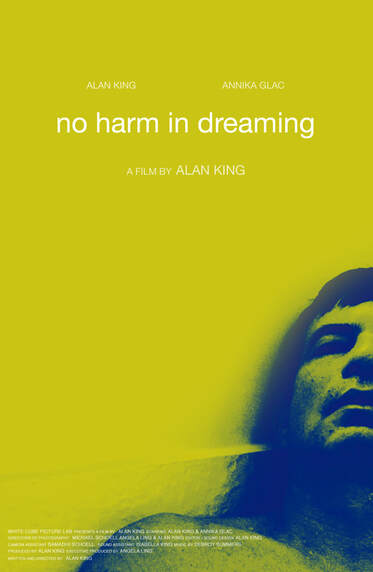